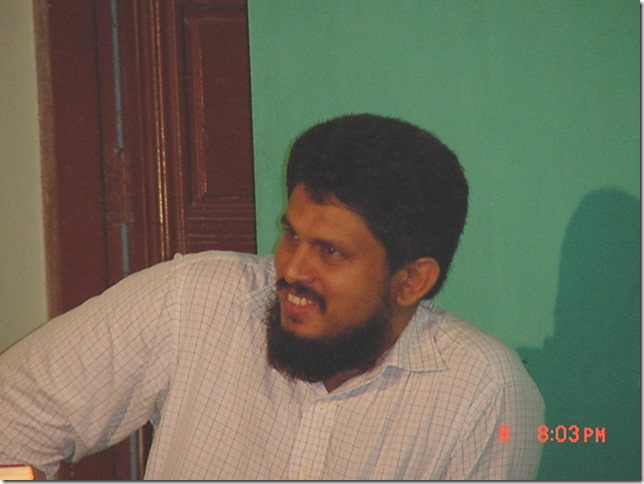 Debating Muslims/Critics: Some Precautions 004
[Part of My Memoirs]

Many people who attack the Christian faith attack the Bible, Lord Jesus, and the Christian faith viciously. As a result many ignorant Christians think that a vicious counter-attack against them is the thing to do. This is an error. Our ethics is different from theirs, and we ought not to do what they do. Out purpose is not counter-attack, but rather to give answers to their objections so as to clear the path for witnessing effectively.

The dangers and stupidity of apologetics based upon attacking Muslims became clear once again when a young man from Ernakulam district wrote a book that contained vicious attacks against Islam, Muslims, and their prophet. He sent a copy to me and asked me to write a preface. I refused and told him that this was a stupid approach. He went ahead and published the book, and immediately became the target of Muslims.

There was NO gospel in his book. It contained only attacks against Islam. As a result he had to seek police-protection for his safety.

Christian apologetics have been called to give a reason for their faith, not to attack people of other faiths. Every fool who forgot this principle reaped what he sowed. Our call is to give answers and share the gospel, not to go down to the people of the world.

[Picture: From my Perumbvoor Debate with MM Akbar. Akbar listens to my presentation with rapt attention.]

This site uses Akismet to reduce spam. Learn how your comment data is processed.

FREE Comics For You

FREE eBooks For You

Free Comics For You

Free eBooks For You

WHY Are You A Brethren?? Download Following Free Ebooks!